The simple joys of life 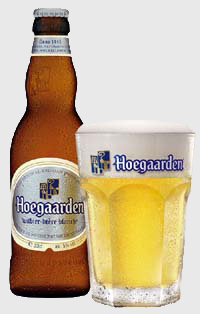 After two months of constant stresses that left me with a white hair (see below), I’m starting to gradually relax. This, of course, might mean I’ll get back to blogging on a more regular basis, as my mind is clear and I’m ready to scribble again. This long Thanksgiving weekend is a special treat. It is being spent with family, which really is what makes life worthwhile.

It’s worth nothing that when I’m in a fine mood I start to open my eyes to the simple joys of life. I encountered one of those simple joys yesterday at none other than Costco as I came across a brand of beer I’ve been hunting for the past five years: the mouth-watering, thirst-quenching Belgian delicacy Hoegaarden. I was introduced to this top-notch beverage by my Spanish/British friend Pilar when I was living in London in 2002. We were at our usual after-school abode: The Bull, a typical London pub that was two blocks away from City University. She told me I should try Hoegaarden. I did and became an instant fan.

I have been desperately chasing Hoegaarden since 2002. I could not find it in the countries I lived in after my London stint. Hoegaarden was nowhere to be found either in Jordan or Qatar. I could not even find it in the United States until I found it a year ago in a Belgian pub in Philadelphia, but then it was nowhere to be found. Then yesterday, which marked Black Friday, we were at Costco of all places and came across a collection of Belgian beer that included Hoegaarden. I was overjoyed.

It is now almost 6pm on Saturday and I just got back from downtown DC, where I had marvelous lunch with sister Tania in Chinatown, followed by a tour of the International Spy Museum. As I write this, I’m really looking forward to the rest of the evening. We are planning to watch Running with Scissors (my sister and I both read the book and decided to watch the movie) while enjoying the festive taste of Hoegaarden. Ah, the simple joys of life. Cheers!

“Why are they running?”

One of the most amusing comments my mother made when we took her to Metro Center, the metro’s busiest station, was: "Why are they running?" Of course, she was referring to the fast pace of commuters who rush to catch their trains to get to their destinations on time. While my sister was teasing my mom about her comment, it suddenly hit me that after two years of living in the US, I’m actually one of those runners.

I take the train everyday to get to work. My actual train ride is 30 minutes long but to make it to work at 9:00 am, I have to do my share of running. The minute the alarm goes off at 6:00 am, the running starts. From preparing breakfast, to packing lunches, to taking a shower and then taking care of some chores, there is no time to take a breather. I run the escalators in the metro to catch the train, then run the streets of DC to get to work on time if there were any delays in the Metro’s Red Line (a constant occurrence).

When my husband and I get home after work, there is also some running to do. From making dinner, to sorting the mail, and taking care of chores, we only stop when we fall asleep watching reruns of Law Order: Special Victims.

This is how my life has been the past two years: running in constant pursuit of the American Dream. Despite the hard work, I can easily say that I’m happy here and quite comfortable. Somehow, this constant fast-paced existence fits my lifestyle. Alright, time to wrap up this post. I have to run. [Picture: Courtesy the husband]. 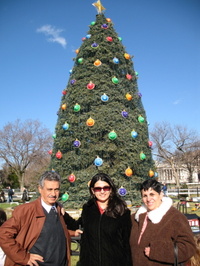 It goes without saying that having your parents around for Christmas adds a unique flavor to the festive season. There is the quality time, the shared laughs and of course the memories created.

My parents came all the way from Amman to celebrate the holidays with us. In addition to the memorable time we are having with them, we have also been enjoying the authentic Jordanian/Middle Eastern atmosphere they brought along.

Since my parent’s arrival we have been waking up to the smell of Turkish coffee and to the sight of olive oil and thyme (along with Arabic (pita) bread) on the kitchen table. For breakfast, we are eating Labaneh and drinking tea just like the good old days. Our dinners are no longer meat loaf and macaroni and cheese but Magloubeh, Koussa bilaban and Freekeh. Our stereo is no longer playing Thievery Corporation and Robbie Robertson but Nancy Ajram and the best of Arab Pop for 2006.

The New Yorker and The Economist no longer occupy a prime place in our magazine racks. Instead, they have been replaced by Layalina and other brand new glossy Jordanian publications. I guess in a way we are celebrating the holidays the Jordanian way. Life doesn’t get any better. 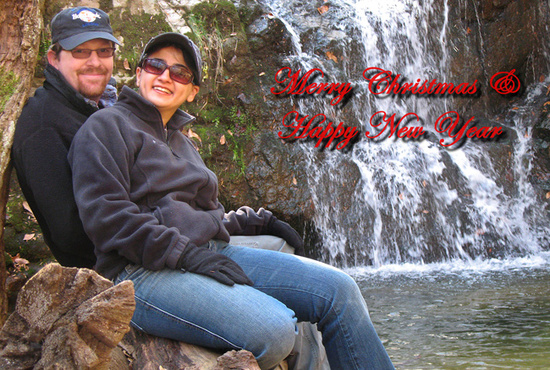 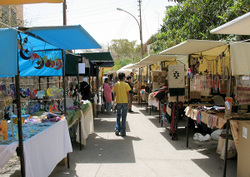 I kicked off my day this morning with a trip to Jara, more commonly known as Amman’s flea market. I’d heard and read about this buzzing street market first on Jordan Planet via a number of wonderful posts by Jordanian bloggers who’d written extensively about Jara, putting up myriads of beautiful pictures. I was not disappointed when I visited it for the first time either. The market was lively and filled primarily with Jordanian handicrafts, jewelry and other local products.

I really enjoyed the open festive vibe in the place, something that was really missing during the heyday of my Ammanite existence since such public events were less mainstream back then. The location of the market in Jabal Amman proves ideal, as this authentic old neighborhood gives the place a unique and original flavor that is missing in the majority of areas in West Amman. The only downside to that place is that it occupies a fairly small space. It could definitely be stretched out a bit. But then again it is still new and seems open for further expansion.

I left Jara with a pair of kick-ass silver camel earrings. They are just so cool. I cannot wait to wander about in the streets of DC with two camels dangling from my ears. 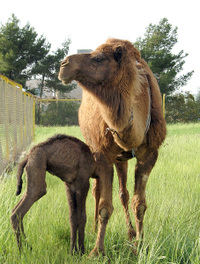 From there I, along with the rest of La Familia, headed south into the suburbs of Madaba to my aunt’s farm for some lunch. The main dish was mansaf, naturally. This all-Jordanian delicacy was followed by knafeh, then some Turkish coffee and mint tea — items that make life worth living. The wonderful family atmosphere and divine food made for a perfect day.

On the way back we got to see the King’s Academy, which is Jordan’s first boarding school. I’d blogged about it some months ago, so it was fascinating to see the mammoth structure up close and personal. It was quite an impressive structure with a number of adjoining buildings all topped with a rich, red tile.

One highlight of our return trip to Amman was stopping by an area farm primarily to marvel at a female camel and her baby. According to the farm’s owner, the camels were brought to Madaba from the "eastern region" primarily for their milk. The owner told us that camel’s milk is very healthy and capable of curing serious illnesses … although it is an acquired taste. With that thought in mind and our stomachs filled with mansaf we made our way back to Amman. What a fine day!